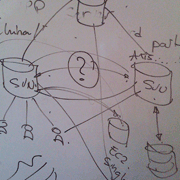 As any other geek, I have spent a fair amount of time since I started coding looking for an efficient process when developing websites. After working for about a year leading Raincity Studios’ team in Shanghai, the thing that I most enjoy is the technical side of the development process. The following is a rough idea of how we organize our work for our clients; I have already seen people discussing their own SVN structure or workflow when dealing with Drupal projects, but never did I see a complete overview of their process.

Nothing new here for anybody with a minimum of experience in Web development, but I’ll still list it:

This is somehow the part I prefer. We sure use the same tags, trunk and branches directories as everybody else, however we organize the sub-folders in a specific way. If you go into our trunk on a freshly started project you should find the following folders: 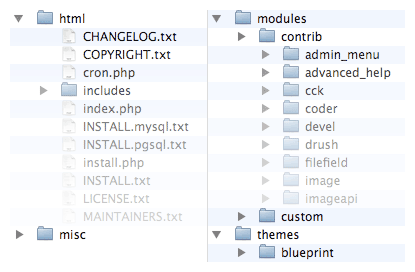 So now we have a neat repository, that allows us to keep things organized and maintainable, and the structure to potentially run everything from code revisions, to integration testing and beta release. Let’s sum up the workflow: 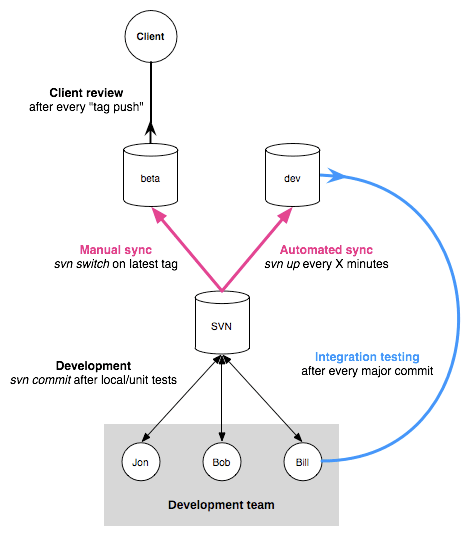 There are a couple more things that I find useful:

This covers a small part of the development process, the most technical part of it actually. There are obviously many other things that are needed along a project (ticketing system, documentation platform…): if some you are interested, I may write about it in the future.