Don't Over-Think It, Suck It Up and Get Going 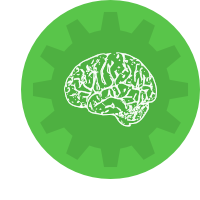 I live mainly by two principles; kick you own butt and don’t think too hard. This is not an attempt to lecture people on “the good way to get things done”, just some ramblings about what works for me.

I don’t consider myself especially gifted or smarter than the average; truth be told I was a pretty chubby kid, introverted and shy as hell. I guess I still am in some ways if you scratch deep enough, but I’ve tried to make up for it with what people perceive as stamina; churning through things and getting there ultimately, or not really, but at least giving it a honest swing.

Now, I am not pretending to be some kind of Tim Ferriss guru, I won’t tell you how you can get your stuff done and then some in a matter of hours. I don’t get to the bottom of my todo list, ever. I honestly perceive myself as highly inefficient in a good deal of what I undertake. That being said, I can see that I do get stuff done on a fairly regular basis, through burn out and busy weeks, and my main approach for this is to;

Can’t finish your run? Cool, but don’t come whining about how out of shape you are buddy.

Too tired to wrap up that strategy brief and feeling like grabbing a drink with friends to relax? Sure, genius idea! You’ll put in double shifts tomorrow, it worked so well for you in the past.

Most of the time it feels like fighting two kids at the same time; one who can’t stop blabbering while the other keeps dozing.